A Love-Hate Relationship With Numbers

Over dinner the other night, I was discussing with my kids how i really hate numbers. I hate math subjects like trigonometry, geometry, physics and any subject that requires computation or problem solving. I would suffer nosebleeds. That's why I am wondering how come i have a child who was a math wizard when he was still in the elementary. Maybe he inherited the genes from his father, and totally not from me.
I shared to them that I read a blog from my classmate titled: For Nation Building. I was about to get nosebleeds again, I told them. Why? I was forcing my brain to compute how much he is earning monthly now based from the given: 3.9% of his grand, and the government is receiving 7.8K as monthly witholding tax from him, for nation building, he emphasized.
Wheww. . .nosebleeds, nosebleeds. I quizzed my housemates, particularly one of my college students who's a BSE student, Math major. She computed, based from the given i gave her. after a while, she was snapping her fingers in awe, she was nodding her head in total disbelief. I asked her why. She told me, "Tita, he's almost earning by the six digits, or he's a six digit earner". "Really?", i answered in silent approbation.
At that moment, I suddenly love math, for the sake of computing how much is the monthly grand of my former classmate. Yes, I love math when i have to compute the monthly salary and overtime pay of my hubby. I love math when I have to compute how much will I deposit in the bank. I love math when we are about to receive our extra bonus every end of the year.
But i hate math when i have to compute how much is our total bills on all our utilities and other expenses monthly. I hate math, really hate it when I realized how much is my monthly salary. Nosebleed is no longer a problem, but disappointments in my career, in my life.
I dreamt of being a better person, a professional who's gainfully employed in a multi-national company. A professional who can easily handle a supervisory or administrative position. But look where I am now? I am in a dead-end position. There's no room for career advancement. Finishing a masteral degree is not a guarantee that I can be in a higher position, say a department head.
Thus, my love for numbers only happen when it gives me positive things. And it's the other way around when i will be spending our hard-earned money. By the way, the government is no longer imposing tax on my monthly salary since the other month. My salary is tax free. And it only means one thing, I do not earn that much.
Posted by Amity at Friday, November 28, 2008
1 comments Labels: funny thoughts

I was already in bed, trying to lull myself to sleep by reading a book when suddenly my phone rang. It registered in the screen as Private Number Calling.I presumed it was my hubby. I said "hello" but the other end's voice was of a woman. She answered and wobbled up these lines with an element of sarcasm, or so i thought: "hello, this is cora avila, paano ko ba sasabihin sa 'yo? Ganito na lang, straight to the point, I am cora avila, I am here in Barcelona, Spain, hindi mo ba ako kilala". I said no and I felt so nervous when she added she's in Barcelona, Spain. I was thinking otherwise. I was thinking she knew my husband who stayed there for five months working in a cruise ship. I was thinking she must be an other woman. Ha ha ha. . .
I was almost at my wit's end when she told me that she's a schoolmate at CSU-SMRVS, a college classmate of Joan Carillo and Imelda Badiang. Then I realized, she's not really a prank caller, or otherwise. Because even without her pictures in her friendster account, I can still vividly remember her, her face and her voice.
We ended up sharing about each other's lives. Until I was able to share her that her former teacher, Ma'am Manuela Guillermo already passed away last November 12. Then she told me that Mr. & Mrs. Guillermo are her ninong & ninang sa kasal. She also related to me that Dante Guillermo is ninong of one of her child.
She also shared how homesick she is, especially now that she's already a widow. She was able to petition her husband Ernesto Paclibon, to join her in Barcelona as immigrant but unfortunately, six days before their flight, her husband was stabbed to death. It was a very painful episode in her life, she said.
"How did you know my number manang," I asked her. "I was browsing through the friendster account of Val Macalma when I saw your name," she said. She got my number in my posted shoutout, she said. She felt nostalgic according to her when she saw that I was making an announcement calling all my batchmates in SMRVS, Class 1984.
I related that phone call to my hubby when he called me later in the evening. He was laughing at me. Well, I told him, I am happy that good old friends do try to keep in touch with me.
Manang Cora plans to come home this January 2009 to commemorate the 2nd year death anniversary of her late husband.
Manang Cora, thanks for your call. See me when you will be home.

What's Wrong With You Kakai?

First, you left your first phone inside a tricycle. We tried to look for the driver and it took us hours before we were able to see him, but strongly denied that your cp was left inside his tricy and even pretended to be looking inside it. A couple of weeks passed, a relative saw your cp being used by the tricy driver's son. We can't force them to surrender it anyway. God bless their poor soul.
When your dad arrived from work, we bought you a brand new cp. After two months, your cp was destroyed because of mishandling. It fell inside the toilet bowl and there's no way that it could be repaired.
Just last semester, you again had a new phone bought by your father abroad, and what happened? While on your way to school, somebody snatched it from the pocket of your bag including your school ID which you only realized when you were about to enter your school presmises. You were grounded, of course. No phone for several months and you were forced to save from your allowance, if only to be able to buy a new one. But not really a new one, instead you opted for a slightly used one for fear that it might be snatched again.
And just last week, while you and your kid bother were at the black market to encash dollars into peso, our precious digicam was snatched again from you. Don't you know how much that digicam cost your dad.
Why Kakai? What's wrong with you? I don't know how i will feel for you now. How could I get mad at you? How could I tell you that I am so mad at you? How irresponsible you are? How careless you are? Will you care to be responsible? Please grow, please care for the things that are materially precious to us.>
Posted by Amity at Tuesday, November 25, 2008
0 comments Labels: what a waste 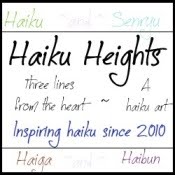 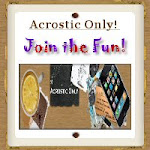 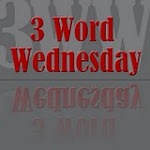 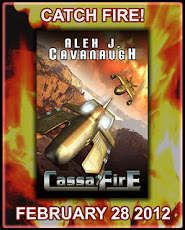